-Scroll down to learn about the BME executive team- 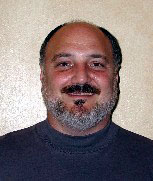 Industry veteran and BME founder, Alan Brewer, brings his varied and successful background into building a unique, creative company with offices in Los Angeles and Nashville.  Brewer’s composition, production, and music supervision credits include work on Films/Soundtracks as diverse as the critically acclaimed "Come Early Morning" starring Ashley Judd, the poignant WWII film “American Pastime,” David Bowie’s “Ziggy Stardust and the Spiders From Mars,” Paul McCartney’s “Rockshow,” “B.C. Rock,” “Tokyo Pop,” and “The Secret Policeman’s Private Parts.”  He has worked as a producer, mixer, musical director and/or collaborator with artists such as Eric Clapton, Pete Townsend, Rick Wakeman, Sister Sledge, Phil Collins, Jeff Beck, Bob Geldof, and many others, and he has motion picture production credits on films by Miramax and Universal Pictures.  Recently, Brewer co-produced the new Curb-Asylum band, Cowboy Crush, and is currently working on various artist development and soundtrack projects. As the 2004-2005 Board President of the Nashville Film Festival, through his efforts with organizations such as Nashville’s Leadership Music and the W.O. Smith School of Music, and as a founding Board member of both FilmNashville and the Nashville Composers Association, he is instrumental in helping to bridge the music worlds of Los Angeles, Nashville and New York, in today’s global entertainment industry.